AT Ashgabat concluded World Weightlifting Championships, with which our team returned with three awards: won silver Paul Hodasevich and Daria Naumova, A Vadzim Likharad marked by bronze. However, this superiority, in addition to the many intrigues and medal showdown, It carried with it one more detail: the platform after a long hiatus returned Andrei Aramnau . 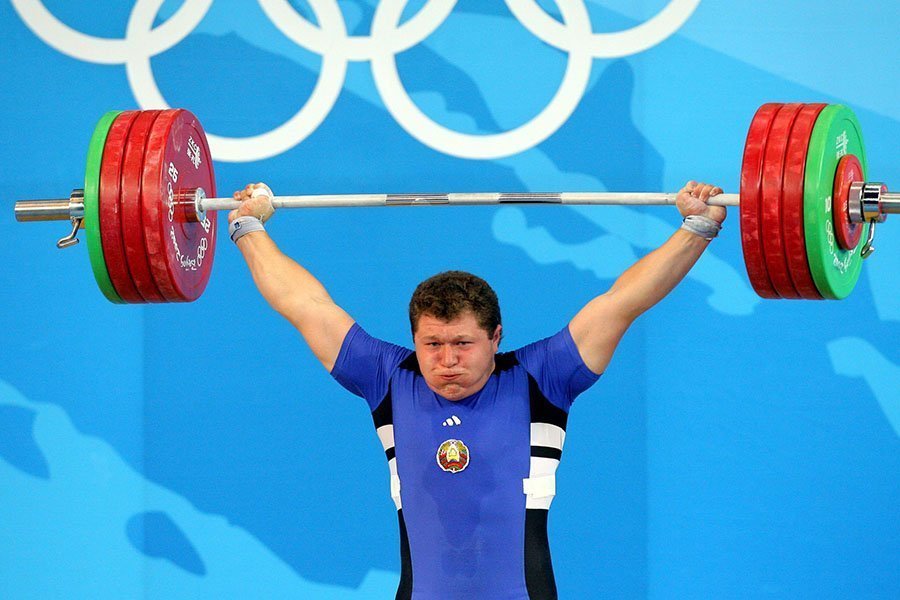 10 years ago, when Aryamnov brilliantly world records and won the Olympic Games in Beijing, it seemed, that his whole life would be - pancakes with honey, sports and road bed of roses. Andrew was 20 years old, and he loved the whole country - from housewives to professors: he personified the heroic symbol of strength and explosive power. Could at the time of the triumph of someone present, a trick throw the fate and where will drive such a gifted young man?

There is always a temptation to at least one eye to look into the future. If Beijing Aramnau such unique possibility, he would have found himself no longer young, and wise by experience, with graying hair instead of restless curls on the platform of the world championship. Not knowing all the ins and outs of a long journey from Beijing to Ashgabat, which together a lot of scandals and disqualification, noise and quarrels, shocking statement, care and return of national team, it was quite possible to think, that Turkmenistan is a great champion Aramnov, tired from the bar, but quite contented life and career, says goodbye to the audience. It is clearly respected. And he himself shall be very proud. Condescending smile lies on his mouth, when he goes to a bar. Judges and others watching from the imposing King, with an air of Louis XIV went to his suite. He smiles and slaps overtures. Generally, in a good mood, but it is clearly on the decline of a large sports swimming.

The dramatic situation in the, that is not goodbye Aryamnov, and returned. rather, I tried to return. A voyage itself, and was not at all. Andrei did not become a great champion, smothering it in himself with his own hands. After a triumphant Games for himself, he only twice managed to take part in major international tournaments - both times took part in the European championships. In Minsk in 2010 raised a total of 420 kg (195 + 225), confidently won, but he was later disqualified after the discovery of traces of marijuana in the blood. Then, after 4 of the year, Israel was able to take 396 kg (184 + 212), and that was enough for bronze. And 2018 th.

Ashgabat. Aryamnov again decided to try to regain the lost trust and try to go to storm the league positions, but ambitions were unsubstantiated - only the name remains. As a result - only the 9th place and quite modest 392 kg in total (182 + 210).

AT 2006 year at the Junior World Championships and a promising young boy from Borisov Aramnov, Having your own weight 94 kg (vs 109 current), He won a silver medal with the sum 393 kg. Even then, he raised more than, what could now. A year later,, in 2007, Andrew did not leave a chance to anybody, in the category of up to 105 kg in the adult world championship took gold with a sum 423 kg! Next it was Beijing and something incredible: Aryamnov the first time in the history of weightlifting installed on the platform just three world records: in the snatch - 200 kg, a push - 236 kg and in the double-event - 436 kg. And he's the only one of all Belarusian weightlifters recent years, who took on the Games medal, whose name was not tarnished by doping scandals. Aryamnov was always clean and strong by nature. But even her powers are not unlimited.

Is Andrew regrets about, so irresponsible to let the wind all of their prospects, and he posted a career derailed? And he understood, acted in Ashgabat? Hit Aryamnov on a pedestal, it would be fantastic, Hollywood Story returned to the platform champion and superman. but miracles, Alas, can not be. Anyway, so easy, they do not happen to kondachka. And now, if it is, of course, still wants to qualify and perform at the Olympic Games in Tokyo, he will have to do a huge amount of work and make truly titanic efforts. Seek not only physical reserves, but also internal, turn on full power is not so much force, how much will and character. Will? A young and promising boys, which are now in the national team of Belarus is very much, will be very useful to have before my eyes so bright and many example of speaking, because the experience - the son of errors difficult.