Ended in Stakes Belarusian weightlifting championship brought 31 national record. Mostly youth and junior. Against the background of, that representation in some weight categories (including girls) turned out to be the highest in the last few years, the transition from quantity to quality looks like a matter of time. AND, by the way, the first swallows are already appearing. Rina Litošik v 15 years lifting weights overhead, which can be compared with the achievements of adult athletes. But if coaches associate her prospects with slightly more distant tournaments (nevertheless, at this age, you need to be more careful with loads), then take off 19-year-old Diana Minkova - the prospect is very fast. At the current national championship, the girl was specially declared in a slightly heavier weight category. To break with the main rivals. And this, just in case, the main contenders for a trip to Olympic Tokyo are Dina Sazanovets and Daria Naumova. Minkova eventually won. I lost to the leaders of the national team in an absentee dispute, but proved, that at the European Junior Championships, if the tournament was not eventually canceled due to coronavirus, guaranteed to claim medals.

- For me, the national championship was a very important start. Complicated. The whole season turned out to be difficult. Everything was constantly canceled, had to keep in shape. All the Olympics discussed, and as a result, the championship of Belarus turned out to be the only more or less serious tournament this year.

- Coaches tell, that you originally pinned many hopes on last summer ...
- Yes, tied. And so it was psychologically difficult to break off over and over again. Just tune in to a performance - and you need to start over. It's harder each time. After all, it was not just that he took and collected the bag. Need to plow, to make a form. And then it turns out, that all efforts are in vain. Okay, if the calendar was adjusted in advance. Then not so problematic. But there were situations, when they talked about canceling the tournament literally a week or two before. Imagine, what we all felt!

- Shock?
- Disappointment. Subconsciously, at some stage, we ourselves began to understand, that because of this virus, a full season will not work and any competition may eventually be canceled. And so it happened. 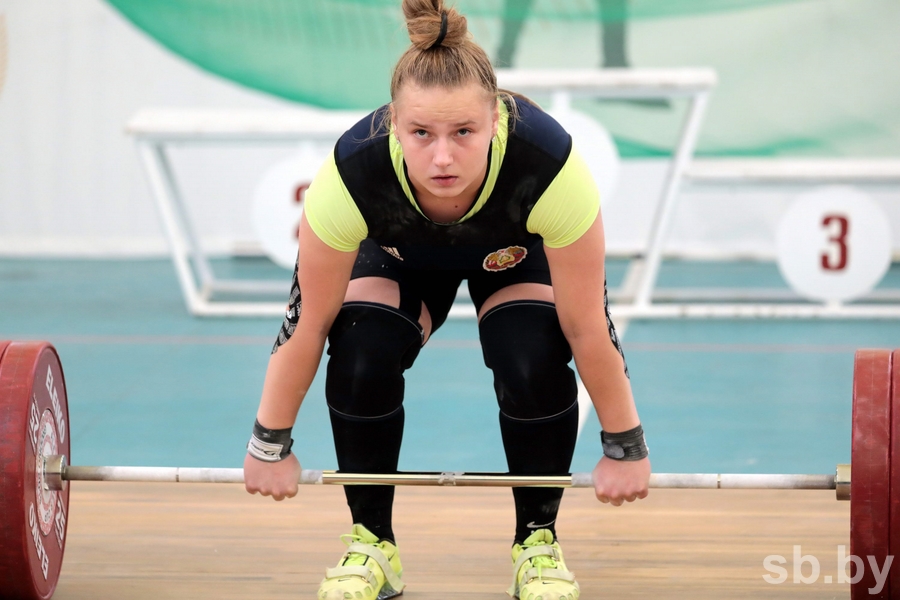 - The Championship of Belarus against this background is a chance to show at least something serious?
- Rather, there was a desire to show everyone, that I didn't just spend this summer. true, it didn't work out very well. Won, Yes. But she raised something all 212 kilograms. Compared to that, what happened in previous competitions, there is progress, but at the same time I feel and know, that I can show much more serious results.

- Your current 212 kilograms at the European Junior Championships, if it took place, could bring a medal. How much did you want to raise in "Stayki"?
– 218-220 kilograms.

- With such numbers, it’s not a shame to seem even at adult competitions ...
- At the junior level, this is a really good application to win. On this, by the way, and counted at the very beginning. But it's too early to think about a podium with such numbers at adult tournaments.. The results are more serious.

- You usually compete in the category before 76 kilograms, where Dina Sazanovets and Daria Naumova, our main contenders for getting to the Olympics, were arguing for the victory this time. I deliberately decided not to intersect with them?
- The coach decided so. Explained, that in that category in competition with Dasha and Dina I have no chances yet. And here she became the champion of Belarus. This is better, than being third in a dispute with rivals, to deal with which is not yet objectively ready.

- Sazanovets eventually raised 218 kilograms. You say, which was also guided by these figures ...
- Most, she didn't show everything, that is capable of. Until those scales, which our leaders raise, I'm not an adult yet. I haven't grown up yet. The current difference in weight lifted does not upset me.. I know, that with proper work I will soon catch up with them. 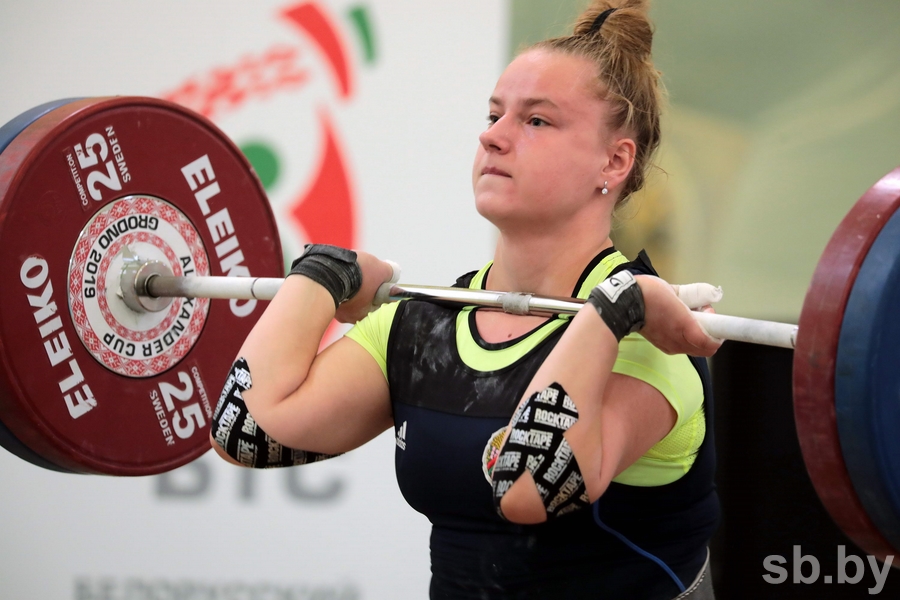 - They see you as an equal rival?
- I didn't think about it. More important to me, what i see in them an example, to strive for. And doing it. Here, eg, Olympics postponed for a year. This is a chance for me. AT 2021 year to me, true, only 20 years will be, but I still think: and what, if something changes in terms of our quotas and I suddenly have a chance to get to the Olympics. You need to be ready for this. Games are my main goal. There is a chance to achieve it next year - you need to try to use it. Will not work - my Olympics will be in four years.

- Do you have a feeling, that the next Games are yours?
- I'd like to. Although I understand, that you will have to lift a lot for this. I even represent specific numbers, but I will not talk about them. I will try to achieve. Now the results are growing all over the world.. Sometimes you look at these numbers and think: “How is this even possible?"But then you catch yourself thinking, that these people also trained and worked on themselves. Pahali. Once upon a time I also thought with horror: “How is it possible - to push 115 kilograms?"And now at the Belarusian championship she pushed 120 and thinking, when already 130 will be? You just need to work - that's the whole recipe.

- Championship of Belarus turned out to be rich in talented youth as never before. Where does it come from?
- At my age there were always enough girls. Today, some of the young athletes are already starting to look at us.. But there is no universal recipe here.. Everyone gets on the platform in their own way. I, eg, came after classmates.

I was swimming. I even wanted to perform seriously, but it did not work. While swimming lessons were held instead of physical education, everything was fine, I did it, it was interesting. And then these lessons ended, I had to go to trainings in other schools ... It didn't work out. And in the locker room of the sports complex of the Youth Sports School, the girls were changing clothes, которые занимаются разными видами спорта. My classmates suggested: “Let's go show you something!"I had no idea, where are they taking me.

As a result, I ended up in the weightlifting hall. The coach was also interested: strong! Day went, second ... I liked it!